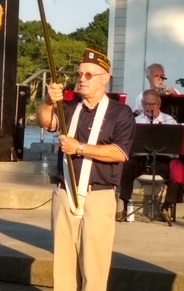 Pete retired from the Military in 2003 with 27 years of service. He served four years in the US Navy at NAS Jacksonville, FL, and NAS Quonset Point, RI as an Aircraft Electrician, responsible for the wiring and electrical components of 17 different aircraft types in support of the Newport Naval War College. 23 years were spent with the Rhode Island Air National Guard as an Aircraft Electro-Environmental Specialist, responsible for maintaining the wiring, electrical and environmental components of C-130 aircraft. With the RIANG, he had various deployments to England and Germany in support of Desert Shield and Desert Storm and later in support of Operation Enduring Freedom with deployments to Incirlik, Turkey, and Seeb, Oman. Pete graduated in 1996 from the Air National Guard NCO Academy located at the McGhee Tyson Airport in Tennessee.

Pete retired from General Dynamics Electric Boat Division in 2006, having spent 32 years in the Production Planning department at Quonset Pt. and Goose Creek, SC, overseeing the planned workload for various components and sections of the Ohio Class SSBN Trident and the Los Angeles Class (SSN688) Submarines.  He also worked in the Advanced Planning department in Groton, CT, and Portsmouth, VA, where he was involved with the Planning of many facets of the conversion of two Trident ballistic missile submarines (SSBNs) into cruise-missile-carrying and special operations forces (SOF) support submarines (SSGNs).